An important aspect of properly performing ACLS is having a strong understanding of normal cardiac anatomy and physiology. The heart—a hollow muscle—has four chambers that are kept in place by thick walls of tissue, known as the septum. The two lower chambers are known as the ventricles, and the two upper chambers are the atria. The two halves of the heart work together, performing the main function of pumping blood around the body. Deoxygenated blood is pumped to the lungs by the right ventricle (RV) and the right atrium (RA), where it then becomes oxygenated. After becoming oxygen-rich, this blood travels back to the left atrium (LA) and enters the left ventricle (LV). The left ventricle is the main pump, delivering the enriched blood all throughout the body. The aorta, a large vessel in the heart, is where the blood exits. Between the pairs of connected chambers are valves that stop blood from flowing back. 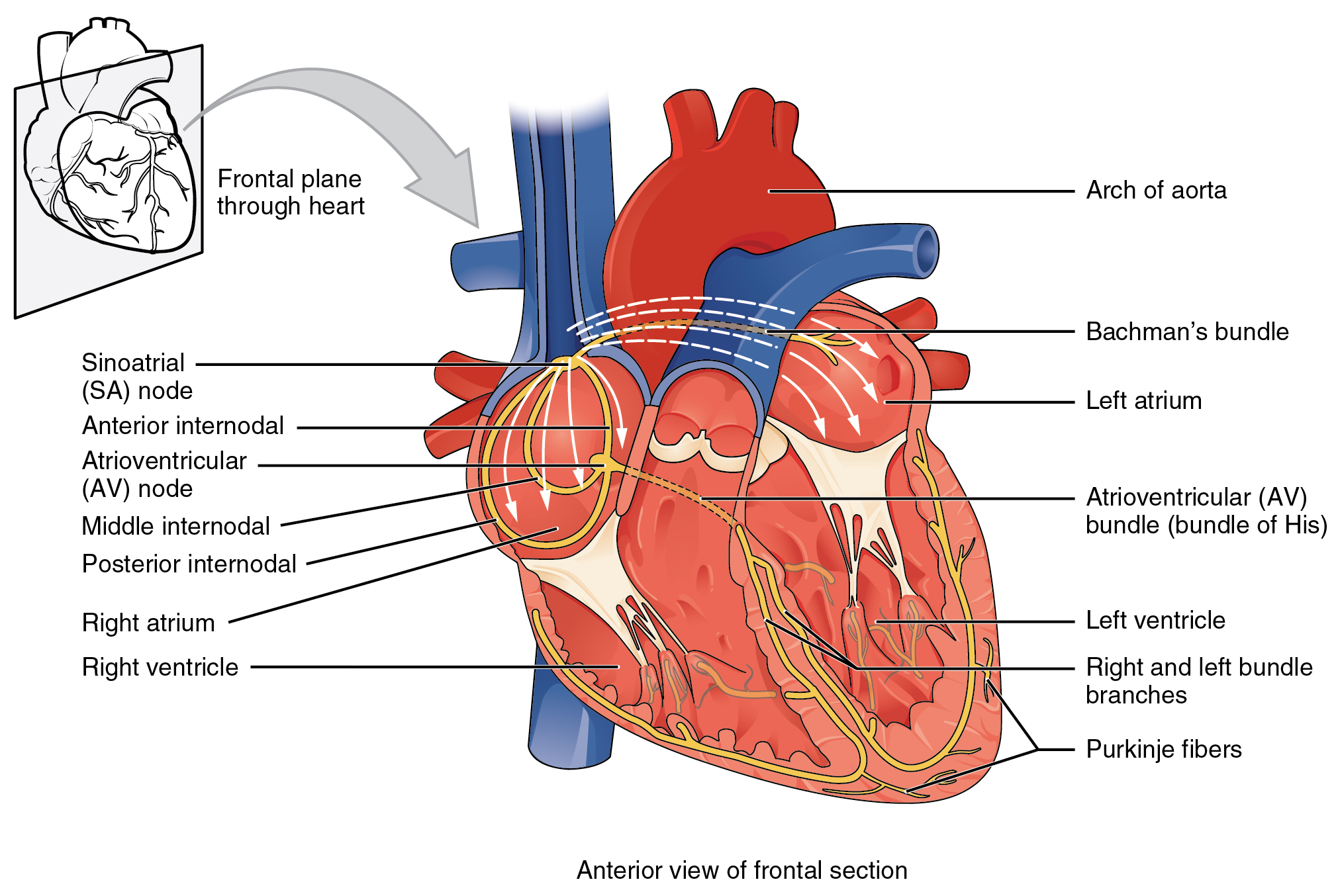 The heart’s contractions move from top to bottom due to the simultaneous contraction of the two atria and ventricles. Each of the heart’s beats starts in the RA. The thickest-walled and biggest of the four chambers is the LV, which is the chamber that is concerned with distributing the oxygenated blood throughout the body. In the RA is what is called the sinoatrial (SA) node, which generates electrical activity that works in keeping the heart’s natural pace.

Understanding abnormal functions are easier when you understand how electricity functions in the heart. As blood goes into the heart’s atria, an electrical impulse is generated that travels from the SA node and through the atria, which leads to the atrial contraction.

The transmission of electrical activities is sometimes delayed by conduction system abnormalities and defects, and this is read on the ECG. When deviations such as these occur, it can lead to dysrhythmias or heart blocks; pauses; bradycardias and tachycardias; dropped beats; and blocks. This handbook will focus on these disturbances in more detail later.